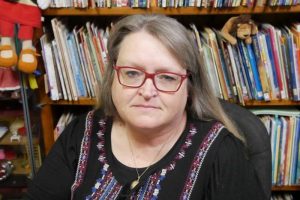 Hi, My name is Rosalee Anne Clark. My Mother, brother and step- father were the victims in a triple murder at Wedderburn, in Central Victoria on October 22nd, 2014.

This webpage is essentially to object most strongly about the liberties predatory authors take, in exploiting the lives of Victims and Crime and their families.

This has happened to my own family. I will not be publicising the book here, but I will be criticising the authors methods and  addressing my issues with the book. That others seek to profit from something which causes such personal pain and misery is abhorrent in the extreme.

When your family tragedy gets turned into a true crime novel
ABC Central Victoria By Beth Gibson
Posted 2 Aug 2019, 4:44pm

A Victorian woman who’s family was murdered is critical of a book about the tragedy
The book’s author says society has an interest in such events and believes she portrayed those who died as real people, not victims
Journalists who’ve written about true crime say it is important to have the blessing of the families involved
Her family — brother Greg Holmes, 48, mother Mary Lockhart, 75, and step-father Peter Lockhart, 78 — were murdered by their neighbour Ian Jamieson in the small central Victorian town of Wedderburn.

Jamieson confessed to police on the night and ultimately pleaded guilty to all three murders.

He was sentenced to life in prison with a 30-year non-parole period.

During court proceedings it emerged that Jamieson had stabbed Mr Holmes, who lived in a separate home to his parents, almost 25 times before he retrieved two shotguns and shot dead Mr and Mrs Lockhart in their home.

The court case centred around the fact that Mr Holmes and Mr Lockhart used tractors on a dirt road that bordered Jamieson’s property, causing dust to get on his property, which infuriated Jamieson.

In September last year, author Maryrose Cuskelly wrote about the case in her book — Wedderburn: A True Tale of Blood and Dust.

The book includes detailed court proceedings and interviews with the victims’ family, as well as with friends of both Jamieson and the victims.

For Rosalee Clark, 57, who lost her mother, brother and stepfather in the tragedy, the book has prompted her to relive the painful ordeal.

In her first interview since the book was published, she said there was no justification for such literature.

“To use families where there’s no purpose to writing this book other than to entertain, for people’s morbid fascination of people’s private lives, is wrong on every level to me.”
A grey haired man gets put into a police van by two police officers.
PHOTO: Ian Jamieson is serving a life sentence for the murder of Greg Holmes and Mary and Peter Lockhart. (ABC News)
‘It haunts the living’

Ms Clark said reading the book for the first time “destroyed” her.

“I felt completely powerless and distraught for my mum, for Greg and Peter and for all of us, that this was going to be freely available for people to go and buy.”

She said she understood the value of true-crime storytelling when there was a mystery to solve or a perceived wrong which needed to be righted but she said the murders of her loved ones did not fit that criteria.

Two of her siblings cooperated with the author, but Ms Clark said Ms Cuskelly never approached her directly.

She said it was painful knowing that strangers would be able to read personal details about her family’s life which she said were irrelevant to the crime.

A woman’s hands holds a book that has been covered in brown paper.
PHOTO: Rosalee Clark has covered her copy of the book in brown paper because the cover image is too distressing. (ABC Central Victoria: Beth Gibson)
She said the cover of the book added to her pain.

It featured a fairy wren — the family symbol for Ms Clark’s mother — sitting on top of the knife that was used to kill Greg Holmes.

Her distress was exacerbated recently when Ms Cuskelly was scheduled to appear at the Bendigo Writers Festival this month, in the town where Ms Clark lives.

But after Ms Clark objected to the local council, the author agreed to step down from the festival.

She has not yet come to terms with the tragedy and said the book made it harder to move on with her life.

“It’s a denigration to the dead, and it haunts those of us left living.”
Two women, one slightly older than the other, smile softly at the camera.
PHOTO: Rosalee Clark says her mother Mary Lockhart (left) was a great support.
An ethical minefield

In a statement to the ABC, Ms Cuskelly said she attempted to reach Ms Clark via a family member.

She defended the book and said she did not believe it “denigrated” the victims.

“I didn’t want to portray them simply as victims, but as their three-dimensional selves.

“I wanted to show that they were people who loved and were loved and I believe I did this.

“One aspect of the book is about the malignancy of rumour and innuendo and the impossibility of establishing an objective truth,” she said.

“I believed it was important to acknowledge this.

“Society as a whole has an interest in understanding how such terrible events occur and how it responds to them.”

Ms Cuskelly said she could not fully understand what it would feel like to experience such a tragedy and accepted that the book had caused Ms Clark pain.

“I don’t think there is anything I can say that will assuage her grief and anger,” the author said.
a woman and two men stand arm in arm posing for a photo
PHOTO: Mary Lockhart, Greg Holmes and Peter Lockhart were murdered by their neighbour Ian Jamieson. (Supplied)
Appetite for true crime

Balancing the ethics of true-crime storytelling is a real struggle for many writers, podcasters and documentary makers.

While creating the Trace podcast about the 1980 murder of Melbourne woman Maria James, ABC journalist Rachael Brown said she worried about causing further distress to Maria’s sons Mark and Adam.

“This is not my story, it belongs to the James brothers and I helped them tell it in a way that would best do justice to their mother, Maria,” Ms Brown said.

She said she would not have pursued the podcast without the blessing of the brothers and former detective Ron Iddles.

Mark James holds forward a photo of his mother Maria James, who was murdered in 1980.
PHOTO: Mark James pushed to reopen the inquest into his mother’s death. (ABC RN: Jeremy Story Carter)
Journalist Dan Box created the Bowraville podcast about the murder of three Indigenous children in Bowraville, New South Wales between 1990 and 1991.

He also wrote a book about the murders.

Mr Box said he took a draft of the book’s manuscript to each victim’s family but that despite his efforts, he still caused upset.

“I have sat down with one relative of one of the victims, who told me pretty bluntly what I have got wrong, or could have done better.

“That was a necessary conversation and I am glad to have had it.”

Mr Box said he was concerned that true-crime storytelling has turned tragedy into entertainment.

“These are the worst, most painful memories of people’s lives and there is capacity for causing even more harm if we do not respect that.”
A lasting legacy

A man smiles at the camera with two dogs on his lap
PHOTO: Greg Holmes was stabbed to death in his Wedderburn home. (Supplied: Rosalee Clark)
Ms Clark said it was difficult to accept that the book may be her mother, brother and step-father’s lasting legacy.

“So now I’m trying for my family to write something to be handed down through the generations about them all.

“The lives of these people were so much more than the way that they died.”
She said consumers of true crime stories should remember that the people involved were real.